The large drying rack was the original drying rack that existed between versions v0.08 and v0.53. It was capable of holding around 20 meats at a time. It was replaced by a ‘lite’ version as it was difficult to place and remove meat with this variant. This version still exists within the game can be seen on older saved games if it was built. You cannot build this version anymore though you can spawn it with console commands. The command to spawn it is PlaceBuiltObjects DryingRackBuilt 1. This command is quite buggy, it will spawn the rack partially, or entirely in the ground.

It was used to make raw meat edible, as well as store multiple pieces of meat. Raw meat will become "cooked" after one day of being hung on the rack. All large meat items, including mutant body parts, are able to be placed and dried. The meat appears to never expire, though it will go black after a prolonged stay on the drying rack. It could hold heaps of meat.

The large drying rack could be built on rafts, large rafts, and houseboats

These items are the list of what was placeable on the large drying rack:

It required 18 sticks to build 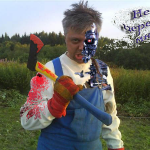