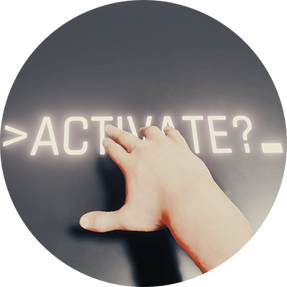 Console commands allows you to change, add, remove things in the games without the use of mods. These are also known as cheats by some players.

Game Mode commands do not work on Playstation 4. However special game mode commands will work with a connected keyboard. All other Console commands are exclusive to the Steam copy of the game and are not available on the Playstation 4. Console Commands can NOT be done in VR.

These commands are straight forward, they do not require the activation of developer console to work. To activate them, type the code in the main menu. 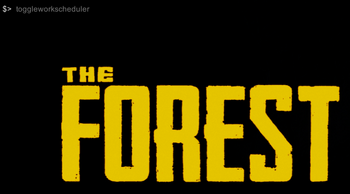 WARNING! Some commands may have serious effects on your game, there are commands for deleting save games, resetting achievements, etc. USE CAUTION!

To activate the use of console commands, you need to type developermodeon in the main title screen to activate the developer console. There is no notification that the mode has been activated. Though you can press F1 to see if is working.

Doing it this way will allow you add a rabbit to cage about every 1 or 2 seconds, depending how fast you are.

These commands are the most common and used by players. They are easy to use and straight forward (they can also be found in their categories below):

These commands indicate information to the player that they may find useful:

These commands will change stats, appearance and other attributes of the player:

These commands change the players outfit: The console command listclothing will provide a list of all the clothing types in game when you press F2 and hover the mouse over the command.

These commands are related to animals.


For 'spawn' commands, you are able to specify the quantity using the suffix --x (where x is the desired quantity). e.g. spawnanimal lizard --6 will spawn 6 lizards.

These commands are related to enemies, which include cannibals and mutants. spawnenemy and spawnmutant usually do the same thing, however sometimes one won't work, where as the other will. Try both if it isn't working. Keep in mind, if you are in creative mode or peaceful, you will need to change the game mode aswell as the difficulty to be able to spawn enemies.


For 'spawn' commands, you are able to specify the quantity using the suffix --x (where x is the desired quantity). e.g. spawnmutant male --6 will spawn 6 cannibals.

For adding, spawning and removing individual items. Here are some examples:
additem 142 - This will add an Old Pot to your inventory
spawnitem 230 - This will spawn the Flintlock Pistol in front of you
removeitem 279 - This will remove the Modern Bow from you inventory, if you have multiple amounts it will remove them all
Important notes:

To teleport to a location, you can use the goto command. It does require that you have the coordinates listed after the command.

Named Locations
These locations can be accessed by typing in the their name, a very easy way to teleport. There is most likely many more, though they need to be discovered by testing:

Numbered Locations
These are the known locations with their coordinates:

These commands will affect building:

These commands will build whatever building you wish instantly, including buildings that have been removed from the game or gardens that can grow mushrooms out of caves etc. The number next to them indicates how many are built, Explosive Wire Traps are fun for this.

Unique Buildings - Cannot be built normally or the way they are spawned here:

Buildings that cannot be added

These commands toggle objects/meshes/layers on/off, they are quite complicated. The following is a select few of objects, there are 1000s in the game. Using these commands will disable the objects. For example, togglego char_arms_GEO1 will turn off the players arms. If you type the command in again, the arms will return. To obtain names of objects, use the diagrenderers command. It will save a file to you forest folder in steam that will contain the objects loaded around you:

These commands are quite advanced and are not recommended if you are new to console commands
Needs confirmation.
These behave differently depending on whether a game was already loaded and assets are already available. When loading from the main menu, most views will only show the rock cave from the main menu background (trying to load a saved game with loadlevel 2 will partly load a new game (plane sequence), but the camera will only continue to show the "menu cave").
When loading from within a level / while playing, most things seem to load closer to what was probably intended.
The following list is therefore referring to loading from within a loaded game.
It is also possible to get the achievement Survive The Forest by loading into the post-game sequence.
Note that for some of these levels to load, assets may need to be loaded prior. For example, unlocking the end game door with the keycard to be able to access the rest of the end game area.

These commands can be dangerous to use. They can delete saved games, reset achievement status, clear settings, etc. Use caution when using these commands:

These commands are either complicated, unknown, or they do bizarre/unpleasant things. Not recommended unless you know what you are doing. Most of these are used by the devs for testing purposes:

These commands are no longer listed in the game, have been removed or changed, some may still work. Requires testing: