Animal heads are decorative items that were added in update v0.27 of The Forest. They can be obtained by hitting the body of most dead animals at the neck or during the skinning process.

Boar heads come from boars, they can only be found in the top part of the map. They are a hostile animal though can be killed with one hit from a thrown weak spear.

Crocodile heads come from crocodiles, they have be found around the river, but not the entire river. These animals are extremely aggressive and they will kill a player very quickly. They can also swim, and they will chase players under water to get you. Keep in mind if you kill a crocodile under water, chances are limited that you will be able to obtain the head.

Deer heads come from deer, these animals can be found around most areas of the map. They can be tricky to kill as they are easily startled. Spears are usually quick enough to stagger them again before they run off, thus saving the player the need a long chase.

Goose heads come from geese, they are the most difficult animals in the game to kill, primarily because they are nomadic and either on water or flying. If they are killed on water they will sink to the bottom and it can be nigh impossible to push it onto land. You cannot collect the goose head if it is under water. If you are good at aiming with a bow, you can take it down whilst it is flying.

A convenient way to collect a goose head is to build a custom foundation on the surface of Geese Lake. When the geese fly away, they will start low above the water, so that you can attack them with fast melee weapons such as the Upgraded Spear. Instead of sinking in the lake, they will land on the foundation so that you can pick them up.

Lizard Heads come from lizards, they are fairly easy to find and kill.

Rabbit heads come from rabbits, they are fairly tricky to kill though they are common. White rabbits yield a regular rabbit head.

Racoon heads come from Raccoons, they can be tricky to find as they usually only go out at night, though they can be seen during the day.

Seagulls can be found in most places along the shoreline. It is easiest to kill them when they are not moving, or by continuously swinging the Repair Tool at them while they are flying near the ground.

Shark heads come from dead sharks. You cannot get a shark head from a live shark. Live sharks don't have anything on or in them.

Tortoise Heads are also obtained from turtles, The Forest does not have turtle heads in the game. 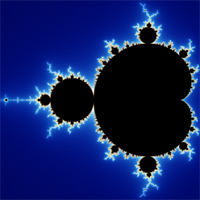